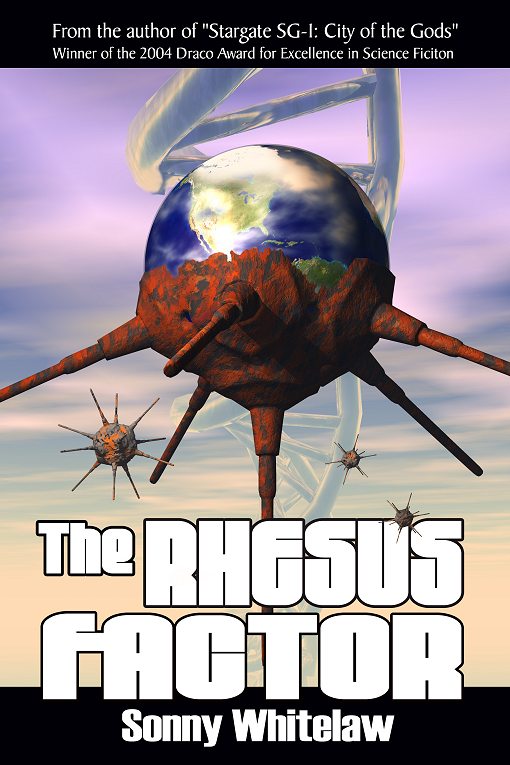 Although fiction, I now know that some of the events in the book could happen in the future. The effects of global warming are evident, as is how this has put stress on the world, leading to world events that include terrorism, environmental vandalism and a lifestyle that we do not want for our future generations. I encourage all members to buy this book when it becomes available.
—Hon. Barbara Stone, MP for Queensland, Australia. Excerpt from speech to Queensland State Parliament

Marine engineer Kristin Baker advises the Pacific Island nation of Vanuatu on environmentally sustainable development projects. After meeting US Navy Commander Nicholas Page, she discovers her unwitting role in the Exodus Project, a scheme to protect the West’s interests in the face of climate change. But what neither know is that a stealth virus has quietly become a global pandemic; one that health authorities cannot stop. For this virus hasn’t emerged from an African jungle or a remote Chinese province, it’s come from within our own DNA.

Winner of the 2004 Draco Award for Excellence in Science Fiction, it was first published in 2004 by Double Dragon (left), and then reprinted by Musa Publishing in 2013 (right).

Cause and effect, and for every action there is an equal and opposite reaction. Those principles are commonplace and indisputable. The Rhesus Factor by Sonny Whitelaw demonstrates with painful clarity that we ignore cause and effect at our peril. Perhaps the most frightening book of recent years, Whitelaw’s thriller builds an all too plausible scenario of what might happen should our ecosphere decide to apply an equal and opposite reaction to our actions. Fast-paced and grounded in solid research, the book charts not only the breakdown of ecosystems in the wake of global warming, but the breakdown of society that will be an inescapable result. It is precisely in the devastating detail of the wreckage of everyday life that the book is at its most explosive. While Joe Voter may dismiss global warming as a theory that doesn’t affect him, the very real prospect of losing home, livelihood, educational facilities and medical care is bound to strike a chord.
—Dr. Sabine C Bauer, author of Trial By Fire 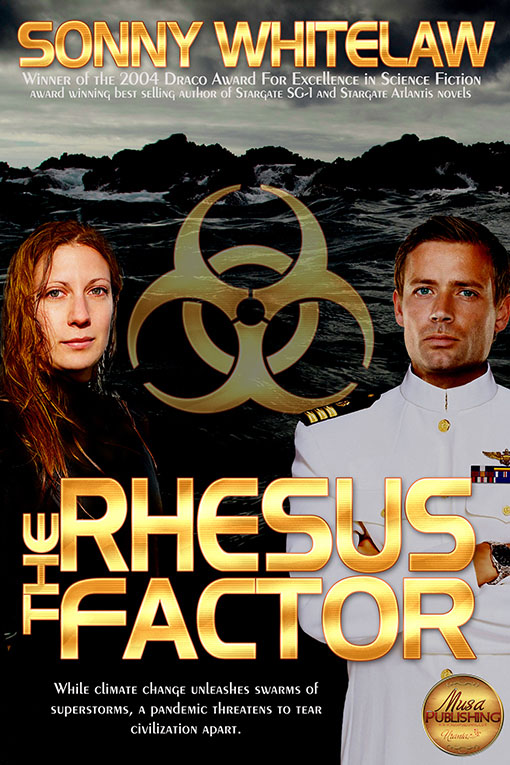 A pacey thriller set in an all too believable future where mankind’s planetary mismanagement is putting civilisation in peril. Whitelaw weaves climate disaster, pollution, pandemics and nuclear terrorism into an exciting struggle for survival in the face of impossible odds.
—Gareth Renowden, author of Hot Topic, shortlisted for the Royal Society of NZ’s Science Book Prize.